In May 2017 I decided to get some microblading done to fill in my over plucked eyebrows. I started this post and there it sat until now.

I had been thinking about it for sometime and a friend of mine had it done and it looked amazing. Then on a vacation I found out that my mother in law had hers done too, and they looked amazing also. So I thought what the heck, go for it! What’s the worst that could happen?

Well… the worst thing that can happen is not doing the research first so that you know what to expect. I had NO IDEA what I was in for other than that it’s basically like getting a tattoo. Since I have a couple tattoos I figured that was all that I needed to know. And at the core of it, really it is, but had I done a bit of reading first I would have been better prepared.

So this is for anyone thinking of getting microblading done on your brows: everything you wanted to know about microblading but didn’t even know to ask.

First off, for those who have no idea what microblading even is, it’s basically getting strands of hair tattoo in to fill in your brows. It’s not as deep as a tattoo so it lasts about three years before you need to get them touched up. This is great as you are not stuck with the same style for the rest of your life, but it does mean that you will have to go through the whole process more that once.

When I set up my appointment with Megan Klimkowski (Instagram: Brow Design by Megan), who came highly recommended by my friend with the new great brows, she sent me a list of dos and don’ts leading up to our first appointment.

1.  No plucking your brows for at least a week.

2. No facials, chemical peels etc one week before.

When I finally met Megan I was excited and nervous but she was fantastic about giving me a run through of what was about to happen. She drew out the shape of what my brows would be so that I could see and agree to it.  She recommended the colour to match my existing dark brown brows, but with a blend of a lighter brown so that they didn’t look too heavy against my bottled blonde locks.

After showing me the blade, yes that’s right microblading used a blade, not a tattoo gun, that looks like a scalpel but with tiny forks on the end, she explained that as the blade pierces the skin it sounds like Velcro being ripped apart. Which some people find unnerving. Amateurs, I thought. 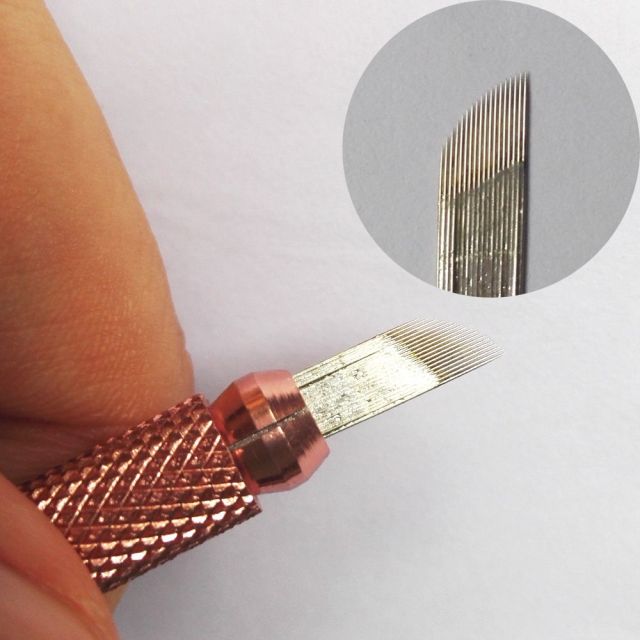 I opted to skip the numbing gel to avoid the accompanying redness she cautioned would be a side effect (and because with most things in life I tend to think that because I play roller derby I’m tough enough for anything) and soon my head was back in the chair and the blade was about to make it’s first slice. Yup, Velcro. The sound of Velcro ripping over and over as she created perfect little strands of hair. That was the sound of my skin being sliced open over and over. Not so bad. Just a little annoying. Then a little uncomfortable, like when getting a tattoo and you’re near the end and just need it to be over.

Soon it felt like it was to be a death from a thousand slices. I could feel myself starting to do some deep breathes, exhaling with every slash. You know the ones, when you’re getting a massage and it feels like you’re gonna barf. The deep breaths that women use while trying to push a baby the size of a football out of something the size of a lemon. Dramatic? No.

Once the gazillon slices are done – it’s dye time. The custom dye that Megan whipped up for me was applied and we waited for it to soak in. I looked VERY glamorous and obviously had to capture the moment:

Once it was all done I gazed upon my new, VERY DARK CATERPILLARS. Wtf?! They sooo very dark and were going to last for three whole years?! Shit! What had I done, I thought to myself. Megan, accustom to seeing that look of panic I’m sure, quickly reassured me that once the cuts healed over and the scabs flaked off, the colour would be lighter. I was skeptical, but it was too late now…

Here’s what they looked like right after. Not too bad if my hair was anywhere near its natural colour, but very stark against the blonde: 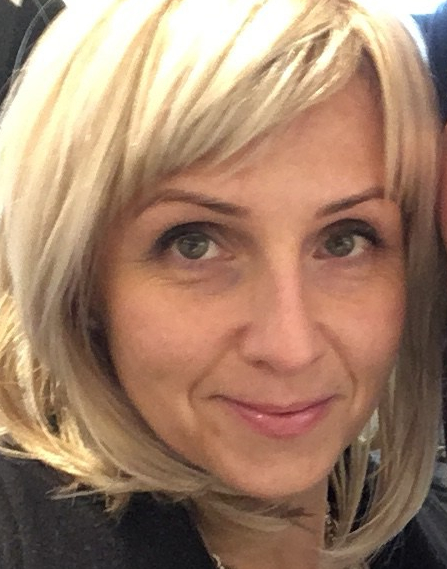 So if you are considering getting microblading done, my recommendation is to go for it! And if you live in the Ottawa area, I highly recommend Brow Design by Megan. Just make sure you don’t have any big events in the following weeks to given them time to heal up.

One thought on “Micro what?”