The subject of the selfie is hot, hot, hot again what with Ellen DeGeneres and a group of A-List celebs snapping one at this year’s Oscars.  Posted to Twitter, the group selfie was so popular that within about 16 hours it had been retweeted more than 3.4 million times – almost crashing Twitter. 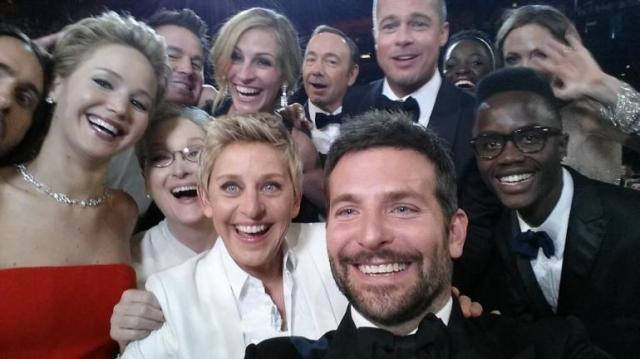 Interestingly, this seemingly spontaneous moment was slightly planned as Samsung was an official sponsor of the Oscars. According to this article in the Wall Street Journal, Samsung spent an estimated $20 million on ads to run during breaks in the broadcast. However, Ellen playing with the Galaxy Note 3 during the award show was an additional paid marketing tactic that you may remember called product placement. 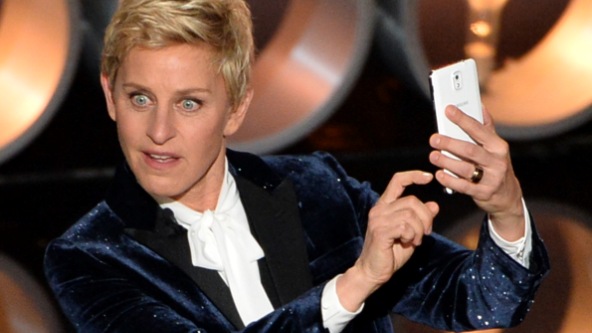 Thinking back, the first time I can say there was a noticeable product in a movie would have been E.T. with Reeses Pieces. (Elliott used them to lure ET out of hiding if you’ve forgotten.) Not that I was old enough to realize what it was, but at that time product placement was a relatively new and not a widely used marketing tactic. However, it’s safe to say that this when brand placement marketing really took off. This 1982 Time Magazine article reported that the sales of Reeses Pieces shot up 65% after the movie. Here’s an interesting fact: M&M was actually Steven Spielberg’s first choice for E.T.’s favourite candy, but they declined as they didn’t want their candy to be associated with an alien. #Regret

Today, product placement is so pervasive we hardly even notice it – a Pepsi can here, an iPhone there. We don’t question when these things appear, as these are usually things that we use in our daily lives; so it just seems natural that characters would use them too. Then there are others that we just don’t give a second thought because they are so well written into the script. Can you imagine the movie Cast Away without Wilson?

Well the placement seems to have certainly paid off for Samsung in the buzz factor.  Kontera, a social media tracking company, was quoted in above mentioned the Wall Street Journal article reporting that Samsung was getting about 900 mentions a minute on social media! Only time will tell if this will translate into product sales.